We all know the popular strategy games out there but oftentimes the best of them cost upwards of $30, $40, and even $60 dollars.

Well, luckily with some research we were able to gather some amazing strategy games that won’t cost you a dime.

In this list, there are true to form old fashion strategy games but we’ve also thrown in some more unique tactical strategy games that I think you’ll be interested in checking out if you love the overall strategy genre.

So, with that being said, here are our Best Free Strategy Games on Steam

Starting this list out strong we have March of Empires. This is an online PVP strategy game that not only has a lot of polish and interesting locations but also features regular updates throughout the year.

The game has a huge focus on making sure you are always fortifying and upgrading your castle, maybe to some, it’s to a pretty crazy extent but, for some other people it’s just more grinding to do and that’s an enjoyable aspect of the game.

You have all your strategy game aspects of conquering other territories, forging and building a massive army, and of course, aiming for the goal of being the only kingdom standing.

There are three factions. There is the Highland King, Northern Tsar, or a Desert Sultan. They all have their pros and cons and although the selection is pretty slim with just these three, the differences between them all are vast enough to make it an interesting variety.

I do have to say that some people have complained about the community being a bit toxic, although I haven’t personally experienced this, I think it’s worth mentioning. Then again it is a PVP strategy game so certain personas are kind of expected here.

There are obviously microtransactions and that’s something that most people don’t like to see but honestly, I think it’s a great game and it’s at least worth giving a try.

Game of Thrones Winter is Coming 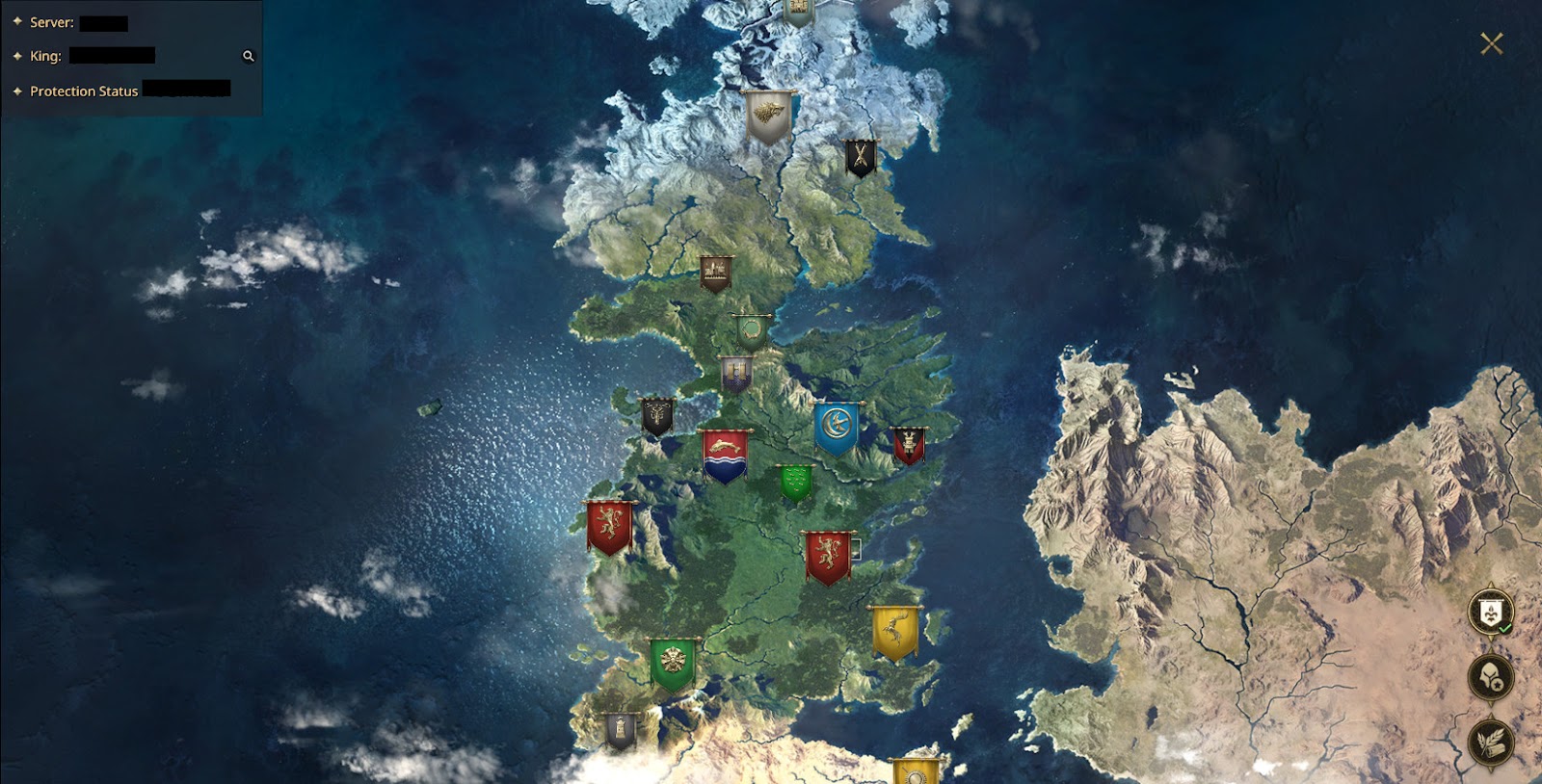 Now, I’m not going to pretend here, so I’m just gonna throw this out there but I have no idea what Game of Thrones is really all about. I’ve never seen the show and all I know is that it seems to be about a bunch of kingdoms fighting each other, or at least that’s what I think it’s about.

Anyway, you can customize and build your kingdom and your goal is to expand and conquer other kingdoms, as well as finish a wide variety of both PVP and PVE missions.

There is honesty a lot to this game, probably too much for my tastes but if games that have extensive tier systems and a whole ton of customization and leveling up, then this game is for you.

I’ve seen some people on steam have upwards of 5000 plus hours in this game, so the content is definitely there for the right people.

Again, you get the microtransactions here again, but if you like Game of Thrones or even just really extensive strategy games, I recommend checking out Game of Thrones Winter is Coming.

Empires Apart is a real-time strategy game with the ability to play both single-player and multiplayer modes.

The game is set in medieval times and honestly probably one of the best-looking art styles from any other game on this list. It has somewhat of a low poly look to it.

You get all your good strategy game kingdom selections, building and gathering materials, conquering and raising your army.

The game used to be a paid game but had gone free a bit ago, which goes to show that you are basically getting a paid game for free now.

You have both ranked and unranked modes, as well as a variety of different modes like Skirmish, Survival, and others.

The one thing that kind of bothers me is that you can only play as one faction in the game unless of course, you purchase DLC factions.

I really like the game and again, I love the art style and overall atmosphere of the game, so be sure to check out Empires Apart.

If you’ve ever been the type to play games like Hearts of Iron, then Order of Battle: World War II, will probably be a game that you’ll want to look into.

Now, this is the free version of the game so you do have a bit of limiting factors when playing. You can play a scenario from each of the DLC packs, which is about 12 different scenarios that you can play for free.

Personally, for me, that’s more than enough but I can see how for some people it may not be enough. Either way, the game is built very well so even if that isn’t enough for you, you always have the option of buying into more content later down the line.

I will say that the game isn’t all that challenging and sometimes, it could be just me but the enemy’s turns took way too long. Again, it could have been just me or maybe I am not used to this specific system but it felt pretty long.

I think other than then limitations the game is honestly a pretty simple and fun experience, as long as you know it has limitations, I honestly really recommend the game.

The way I would describe Age of Conquest IV is if you combined both Risk and Age of Empires into a blend of a more simple strategy game with a more complicated diplomatic and conquest system.

The overall look of the game has a nice simple design and it’s definitely not as intense and in-depth as some of the other options, but you do have quite a bit of option when playing.

The game features cross-platform multiplayer, singleplayer, and even co-op gameplay options. Which, for a lot of the games on this list, is one of the few that offer those types of options.

The free game only offers one map, which I guess you can play over and over but I mean eventually it’s going to get bland.

You have diplomacy, economy, and population management, but mostly the gameplay feels a lot of Risk’s.

Overall I would say the game is really fun but you have a limited amount of playtime if you plan on sticking with the free version, regardless, I would say to give it a try.

I’m sure everyone watching has played or at least heard of Risk, and for some, this game is just way too basic for their tastes, but I think the game is at least worth putting into the list because it really is a lot of fun.

Risk is a simple strategy board game where essentially your entire goal is to get as many pieces of the board as possible. You don’t really build armies or have any diplomatic systems, although you could unofficially partner with other players.

Each team has a number of troops split between their starting territories. You need to manage your troops in each of the sectors in order to build up to conquer and or fortify those sections.

It’s a bit randomized because when you battle another player, let’s say you have 6 pieces on your attacking border and they have 3. They still have the chance to defend themselves and win if the dice don’t fall in your favor.

Scenarios like that kind of negate a lot of the strategy aspect of the game but regardless, it’s a fun little multiplayer and single-player game that is a great free addition to your steam library.

Coming to the last game on this list, War Selection is a real-time strategy game that features an evolution feature that brings you from starting out in the stone age up through 7 historical eras.

The game is honestly extremely interesting in the whole historical development. So your own kingdom can evolve through time with advancements in gear and building.

You can build, gather resources, manage the population, and fight to gain more territory. The building alone is extremely extensive with over 100 buildings and over 200 distinct land, air, and naval units.

The game is both singleplayer and multiplayer and has a variety of unique game modes with survival, free for all, ranked 1 vs 1, team match, armageddon, and more.

The whole historical thing can go pretty deep in history and surprisingly works and develops super well and organically. It isn’t garring, or at least for me, it wasn’t.

Personally, I think it is executed extremely well and although the microtransactions are still here and annoying, the games are a whole lot of fun and definitely one of the best games on this list.