There are new multiplayer games constantly releasing on Steam, and it can be hard to choose which ones are good to play.

A good co-op game can provide many hours of enjoyment with a friend or two, and I think the time spent with others is way more fun than just playing a single-player game by yourself.

Most of these games do have single-player options though, so you can still play them if all your friends are offline.

One thing I need to mention is that these games are online co-op, not local or couch co-op.

With that being said, here is our list for the Best Free Steam Games to Play With Friends,

Jelly Brawl Classic is an arena versus game where you play as a blob with the goal of destroying the other blobs.

The most common way to win is by knocking your opponents off the platform, but there are other ways like using powerups or letting environmental obstacles destroy them.

Some of the powerups are really overpowered, like turning into an instakill sawblade or a cannon that blasts people off the map. The more you play the game, the more stages you’ll unlock.

The multiplayer servers are pretty dead at this point, so it’s only worth getting if you want to play with friends or to play the game singleplayer.

Since this is the free version of a full paid game, there’s only the classic gamemode available. The full version includes fun stuff like races, but I think the classic mode will be more than enough for most people.

It’s a simple game that’ll be very fun to play with a group of friends, so I recommend checking it out. 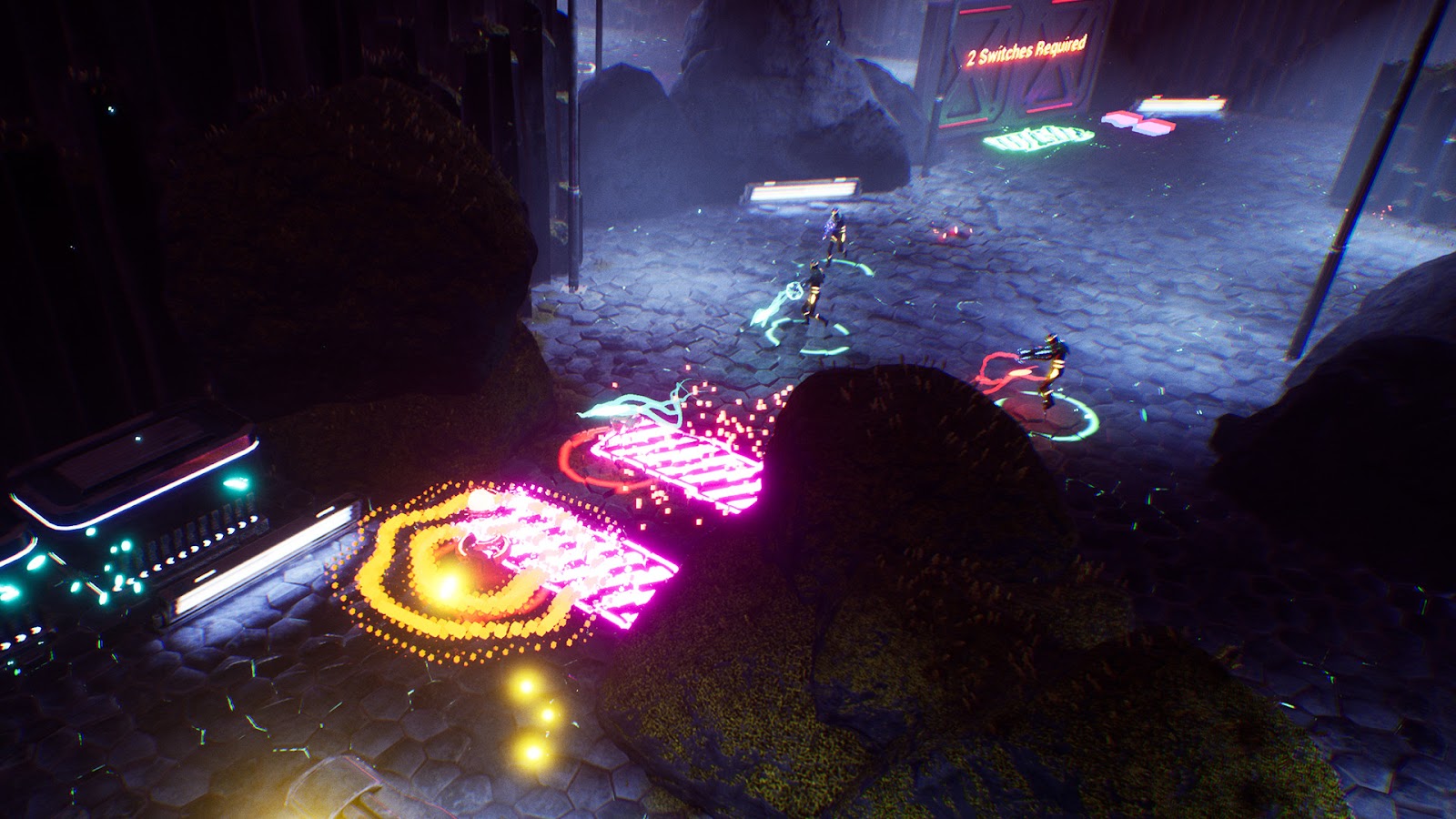 Synthbiotic Dungeon is a top-down shooter that you can play with up to 4 people. 3 people are what they call Runners, and then there is a person that they call a Sentinel who is against the 3 Runners.

The Runner’s job is to try and get through all the robots and traps in their way, and the Sentinel is there to try and stop them. You can place down drones and traps all over the place to slow them down and you need to use strategy to finally take all three of them out.

It is definitely a very unique arena shooter and one you can play with your friends. There are servers in the game, but if you try and load up a server online, you most likely won’t find a game because not a lot of people know about this game.

It is not a very big game, but it has a lot of different ways to play. It is free so you can’t really complain about anything at that point unless the game is completely unplayable. This game is totally playable and it is extremely easy to run.

It definitely is one of those gems that most people have no idea exists. If you want a fun arena shooter that you can play with friends, this one is definitely worth checking out. 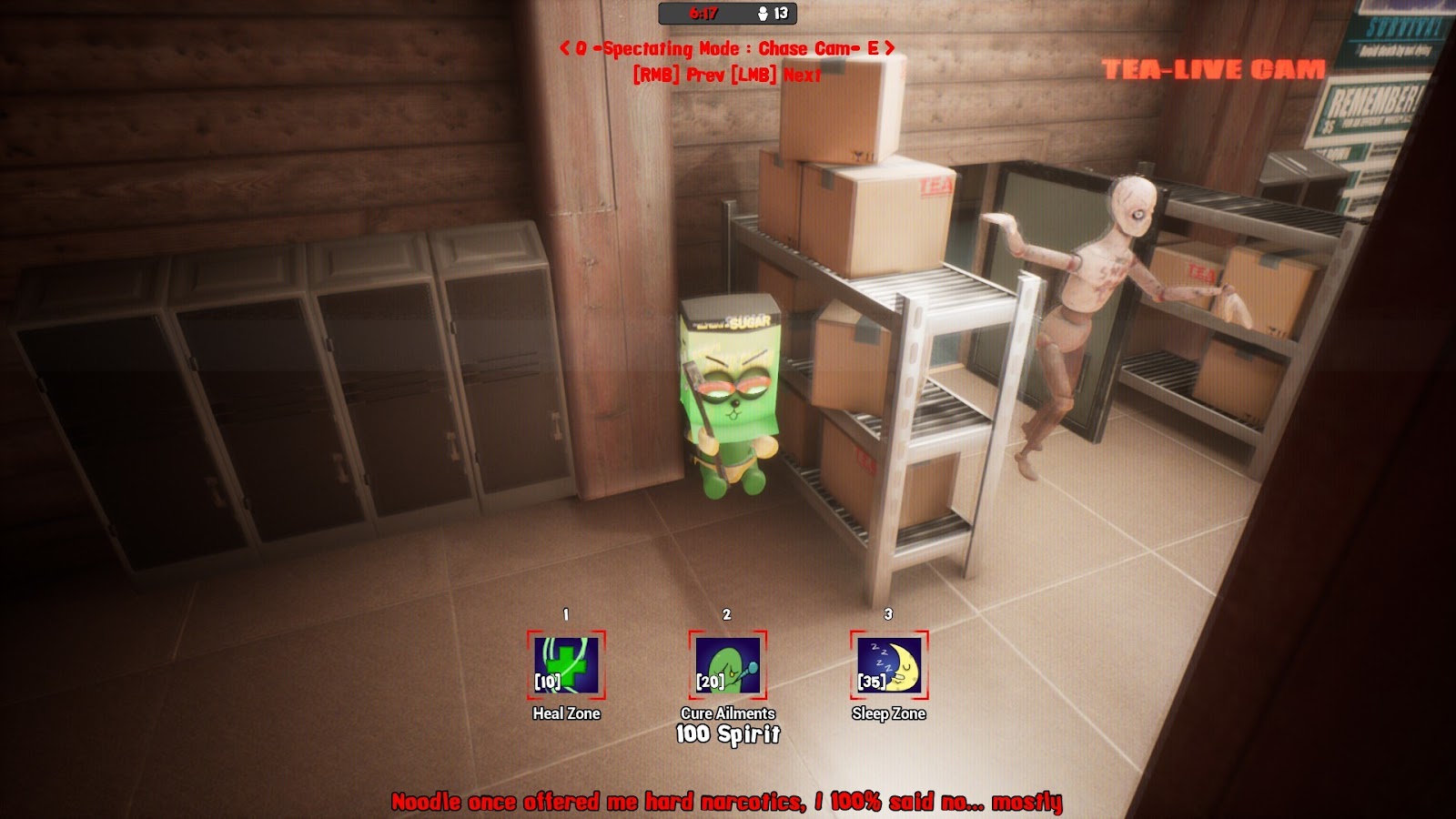 Get Stuffed is actually an incredible game that goes widely overlooked and honestly, I had no idea existed until doing research for this article.

If you can imagine a game that combines Dead by Daylight and Among Us, well, then you don’t have to imagine anymore because Get Stuffed is that game.

This game is definitely one of those gaming highlight types of games. You not only have a killer going after you and trying to stuff you, but one of your friends could also be against you as well.

The game has some glitches here and there but I am honestly so surprised that this game isn’t a massive hit yet. It has so much potential and honestly, it has one of those “Among Us” type match reactions that I can see this becoming a big title.

Obviously, this game is not only great to play alone but it almost seems to be made to play with your friends. I really recommend giving the game a try.

Eraser is a simple stick figure game where the goal is to reach the top of the map and get the Eraser. I’m not really sure why they want the eraser so badly, but it’s a weird concept, so I’m not gonna question it.

If you’ve ever played those rage games like Getting Over It With Bennet Foddy, then you already know what kind of game this is. It’s a rage game that can be played with friends, who can either help you or hinder you.

If a mistake is made, or a friend pushing you off a platform, you’ll fall quite a ways down, sometimes all the way to the bottom. This can be a fun time for people who enjoy working with friends, but also for people who want to make their friends rage and hate them.

As you get higher in the world, the obstacles become more difficult and riskier, forcing you to jump over insane heights or use reflexes to dodge and parry enemies.

The game’s concept is a bit odd for sure, but with the right people this game could provide a few hours of enjoyment.

Goose Goose Duck is literally an Among Us clone. You have probably seen it on Steam before and thought about how dumb it is, but it is actually pretty fun. It has one thing that vanilla Among Us doesn’t have, and that is proximity chat.

It is an exact copy of Among Us with a bunch of improvements like the Frame rate is capped to whatever your refresh rate is. It looks like a dumb game, but it is actually pretty fun if you can get past the fact that you are all geese.

There is even a crafting system so you can craft cosmetics within each map. You can collect pieces and then build yourself an arsenal of customization options which is pretty unique.

There are also a ton of roles you can choose from and when you make a lobby, you make the games as simple or as complicated as you want.

If you enjoy Among Us, then you will enjoy this game, maybe even like it better because of all the extra content it gives to you. And you can even set up private lobbies with your friends.

If you need a game to play with friends for a few hours, Redmatch 2 is the game you need.

RedMatch is an extremely fast-paced arena shooter where you really just have an all-out blitz type of match.

Oddly enough it kind of reminds me of something you’d find on Roblox, and not in a bad way either, like one of those little games that you find on Roblox and end up playing for hours on end.

It honestly has some great mechanics, like wall-running, grappling hooks, Sliding, and best of all, your characters are little bean pill looking characters.

I wouldn’t write this one off just on the look of things, it really does have a lot of replayability and it’s a fun little sandbox PvP shooter that is a lot of fun with friends.

Sherwood Extreme is a third person shooter where you use crossbow and crazy parkour moves to defeat enemies and speed run levels.

The game has a very indie feel to it, but the concept and gameplay are both extremely interesting to play. You can zipline down cliffs, destroy physics objects with explosives, and shoot enemies with a crossbow while in slow motion.

One thing that I really love about this game is the environment coupled with the art style. Sherwood Extreme is insanely fun in singleplayer alone, and adding a friend will only add to the chaos that can happen.

For a smaller game, it does have some sort of battle pass system, but you can still play all the levels without paying any money at all.

I can see the gameplay loop getting repetitive after a while, but for a few hours it’ll make for a great game to play, especially with a friend.

Dirty Bomb is one of those classic games that you played years ago. If you have never heard of it, it is basically a TF2 clone, but it is more realistic. You get to choose from a bunch of Operators and each of them has their own loadout.

The gunplay is actually very satisfying, especially if you are using the revolvers, and the maps are very well designed. There are two Game Modes and the best one is called Objective. You need to repair a vehicle, and then defend it while it makes its way to the enemy objective.

You then use it to destroy a way into the enemy base and then you are going to want to plant C4 on their objective. Once it explodes you win. The whole time, the enemy team is trying to stop you from doing everything, so it is your job to multitask to complete your objective.

It is a relatively old game, but the graphics are actually pretty good. If you enjoy first-person shooters with great gunplay, then maybe you should check out DIrty Bomb and see if you like it.

SCP: Secret Laboratory is a game that has such nostalgia for me. A few years ago the Cubold Crew would play it all the time with our subscribers late into the night and it has some of my favorite memories from gaming.

We still play it to this day and they have updated the game so much and it has really come a long way.

I currently have over 70 hours in the game and it is extremely rare to find a free multiplayer game that offers you that much replayability without feeling stale at all.

If you don’t know what SCP: Secret Laboratory is, the lore centers around the SCP foundation and their containment of strange and supernatural creatures and objects. It’s a really cool concept and I suggest you search for SCP on youtube and just watch some of the lore videos out there.

You could also read a quick tutorial video that’s on our website for how to play Secret Laboratory. It may be a little out of date because of the recent updates but it can get you caught up quickly on how to play and you can see how much the game has improved since then.

The entire lore is built from the community and the game has one of the funniest and weirdest communities I have ever experienced.