If you’re like me, then every now and then you want to take a bit of a break from your vast library of insanely fast-paced first-person shooters where all the 10-year-olds are B-hopping, slide canceling, and just absolutely wreck you.

It’s nice to have a few games in your Steam library where you can just kind of take a back seat and relax while playing them. Whether it be puzzle games, painting games, or maybe just simulation games, there are definitely a good number of relaxing games out there that are completely free to play.

And as a quick little shameless plug, something else you can relax and enjoy is listening to our gaming podcast, Cuboldcast.

In all seriousness, we love the podcast and we want more people to join the community over there and help add to the discussion. We release weekly podcast episodes focusing around all kinds of gaming topics and theories.

Not only that but after each podcast, we usually do either a gaming quiz or even challenges like trying weird candies or trying different types of water, including thick water.

I really recommend checking out the podcast and joining the community.

With all that being said, here are the best free relaxing games that you can play right now on Steam.

The game is pretty short since your goal is to find only 100 frogs but it’s done really well and one thing I really like about it is that it also has a dark mode too.

There really isn’t an insane amount to the game but it’s extremely chill and relaxing to play if you have a few minutes of downtime.

It’s a short game and doesn’t have an insane amount of content but I recommend having this one in your steam library just in case you have a few minutes to burn and you want something quick and low-key to play.

36 Apples is yet another relaxing game that has a numbered item or thing in the title, which I promise was not intentional.

Regardless, 36 Apples is a game focused around, well, collecting 36 apples, but there is more to it than just that.

The game has some light puzzle-solving and a lot of little hidden places and passageways that allow you to have some mystery to the game.

You can kinda uncover a bit here other than just getting the apples. It isn’t terribly long, I would say you can beat this in an hour or so, but it has a unique graphic design and some fun little puzzles.

I recommend giving it a try.

Entropy is another short mini-game type of relaxing game that has you grappling with different colored cubes to get to the final gateway at the top.

The colors and design of the game have this weird outer space kinda vibe to it that makes it really appealing and nice to play.

There really isn’t all that much to the game but that’s kinda the point. It’s a game to mess around in and play when you’re bored or want something that doesn’t take a lot of focus.

I think Entropy is a great game to have in your steam library for something to come back to every now and then to pass some time and relax.

Chill Corner is a room simulation game that you can surprisingly lose yourself in and find yourself playing for sometimes hours at a time.

These games are definitely not for everyone but I think these types are among the best kinds of games for sitting back and having a nice relaxing gaming session.

You have tons of different weather conditions, lo-fi music options, room and decoration options, and even customizing the task that your little person does in the game.

It’s weird but the game is really fun to mess around in and definitely worth checking out.

If you love to draw but aren’t the best at it like me, Coloring Game 3 is your solution for getting that coloring in without having to be super good at drawing.

There are a lot of mobile apps that have this type of system but it’s essentially a numbered tile system where each number has a correlating color.

You fill each number out with the color and move on to the next. I know it seems really simple and maybe even boring but I promise, it gets really addicting. 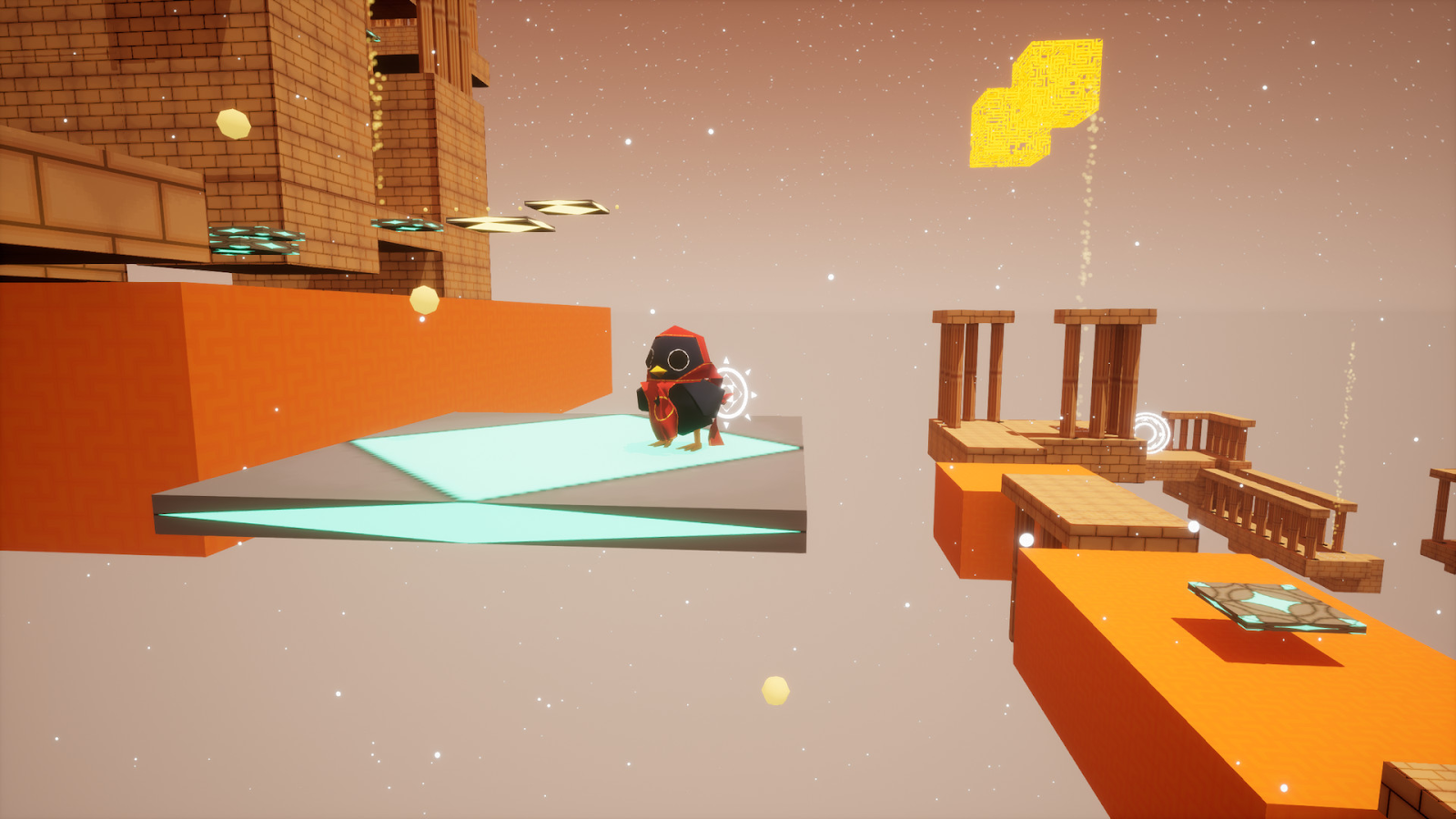 We can’t have a relaxing steam games list without having a platformer on the list and Crow Story is a great free and honestly, little-known platformer that is a whole lot of fun.

The story is basically that you are trying to save your little bird friends but there isn’t much there. The way this game is really fun is the simplistic design and platforming mechanics.

You can glide, jump, and shoot yourself around the map and there’s just something about the way the game is that makes it so relaxing and fun to play.

It’s not anything extremely polished or in-depth but if you love indie games and you want a relaxing platformer, Crow Story is definitely worth looking into.

Virtual Cottage is similar to Chill Corner but also separates itself from it a bit. If you’ve ever seen those “Lofi study” videos on YouTube, this game reminds me a lot of those videos and that type of vibe.

You can set your different tasks, whether that be studying, meditating, or anything else, you can do that along with being able to change the time of day and atmosphere settings.

You also get the lo-fi music and sound stage with this game and again, it’s a lot like Chill Corner but a different type of game similar to that.

Hidden Lands is one of my favorite games from this list. The game is simple but extremely fun.

The game centers around you having to figure out the differences between the two land models. I know it sounds kind of basic but the thing that makes this game really stand out is that there are an infinite amount of levels because of the generative feature.

So you can really keep coming back to the game and play it whenever you want to pass some time.

I love the graphical style of the game and the music is really relaxing and just adds to the atmosphere.

Hidden Lands is a super simple game but has a lot of replayability and is a game I highly recommend getting.

SuchArt: Creative Space is a game that we have featured on the website more than a few times and for great reason.

In the past, I mostly noted the game’s incredible painting mechanics and the surprising set of tools that they give you. Although in this article I really want to focus on how relaxing the game is to play.

You essentially get your own personal studio in the game that you can customize with your own art or art that you get from the store.

You can sell your own art to help you be able to get more items. Not only that but if you can manage to hold back the urge to just fling the paint everywhere, if you get deep into it, the painting in the game is incredibly relaxing.

Himno is yet another game that the Cubold Crew has featured in other articles as well as heavily supported because of the extreme polish that the game has.

In my opinion, the level of relaxation and casual nature that this game has is unmatched to this day. All of the small sounds along with the low-key music just makes the game so enjoyable to play.

Himno is a platforming game that features a no-death, no-enemy playstyle. You solely use the game platforming mechanics to traverse the level and progress to more levels.

The levels are also generated so technically you can play this game forever and because of how the game is designed, you will want to keep playing the game and come back to play every now and then.

Himno is a gem of a game and is definitely worth checking out.